Having been recently moved from the ProFab shipyard, the 39.5-metre superyacht The Beast is nearing completion and is on target to be launched later this month. Delivery to her new owner - who is the previous owner of Akiko (previously VvS1) - is scheduled for late March. The hull and superstructure were transported separately to Foxton Beach and have since been welded together as she prepares for sea trials. 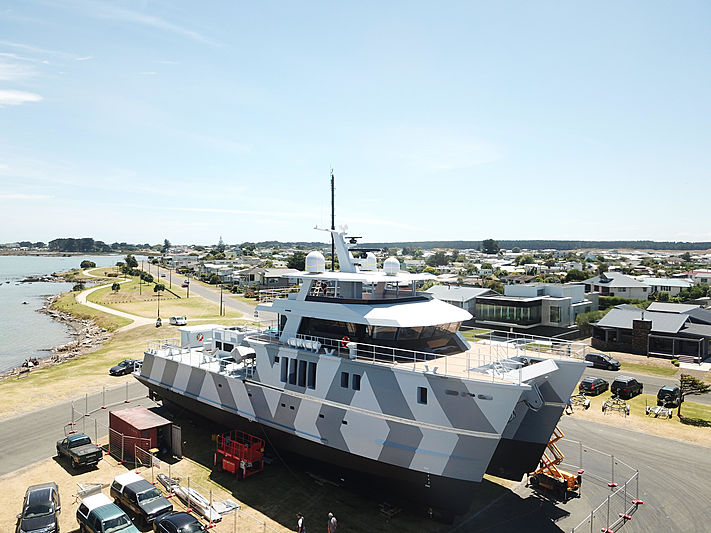 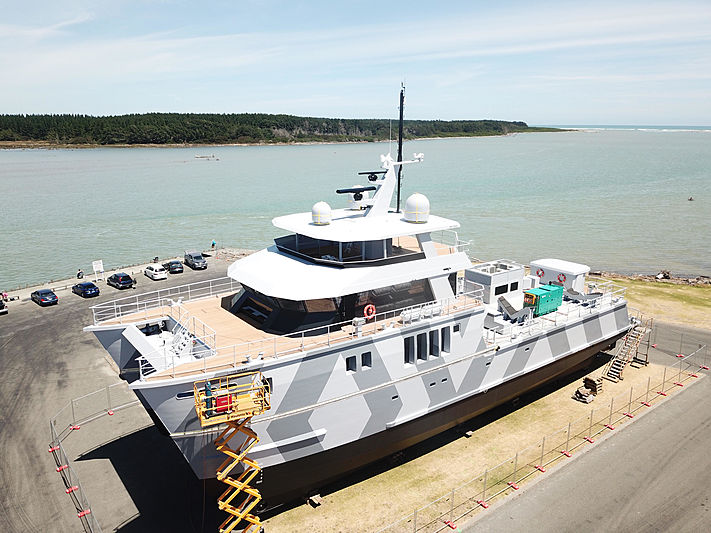 Photo: Andy GrocottThe catamaran explorer yacht will be able to accommodate up to 12 guests and 10 crew and features naval architecture from New Zealand based LOMOcean Design. The ProFab shipyard, who is also responsible for building Black Pearl, have included some game-changing features to The Beast, such as extended range for remote cruising, a 13-metre fully equipped game fishing vessel carried on deck and a 9-metre amphibious tender. 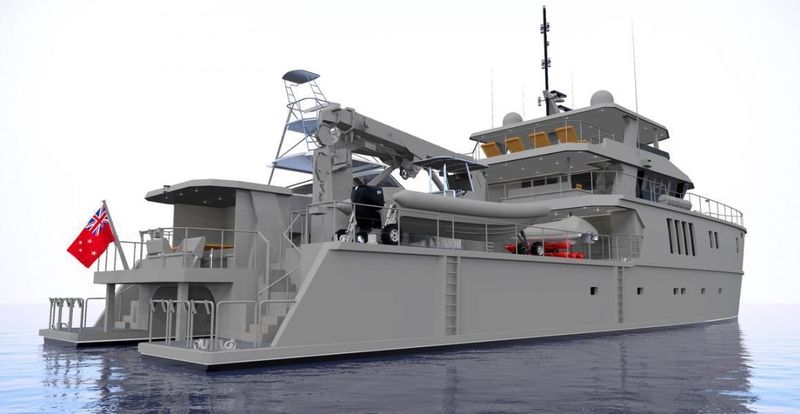 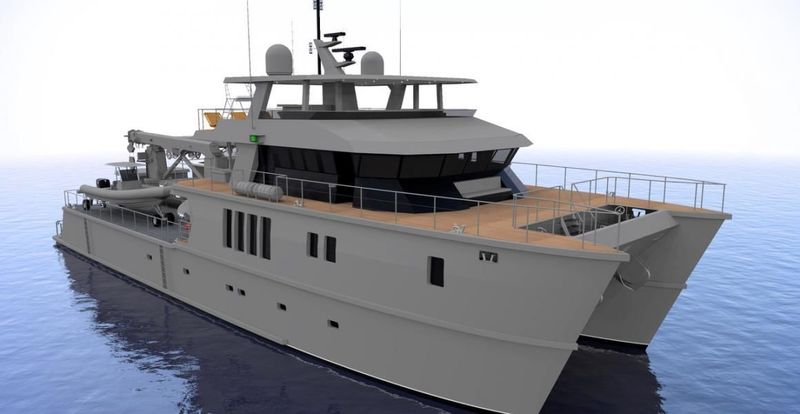 The Beast will be available for charter by June 2019 in New Zealand and the South Pacific through 37 South Yacht Charter.