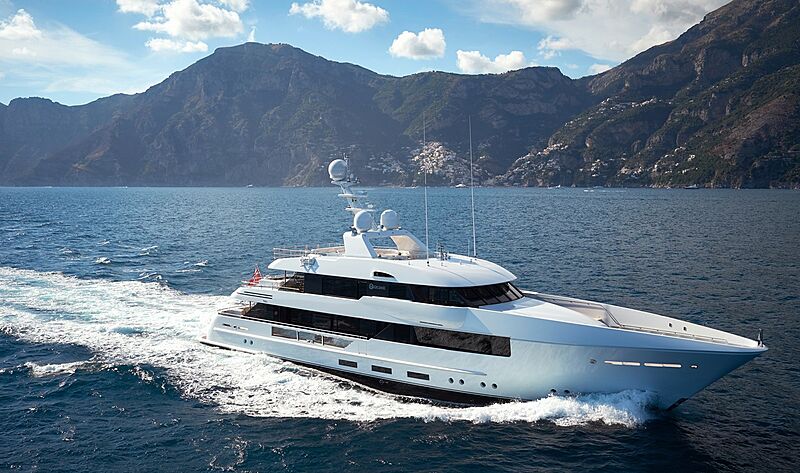 Moon Sand was built in 2015 by the Netherlands-based shipbuilders, and features exterior design from the in-house team at De Voogt, while her exterior comes from the boards of Bannenberg & Rowell. 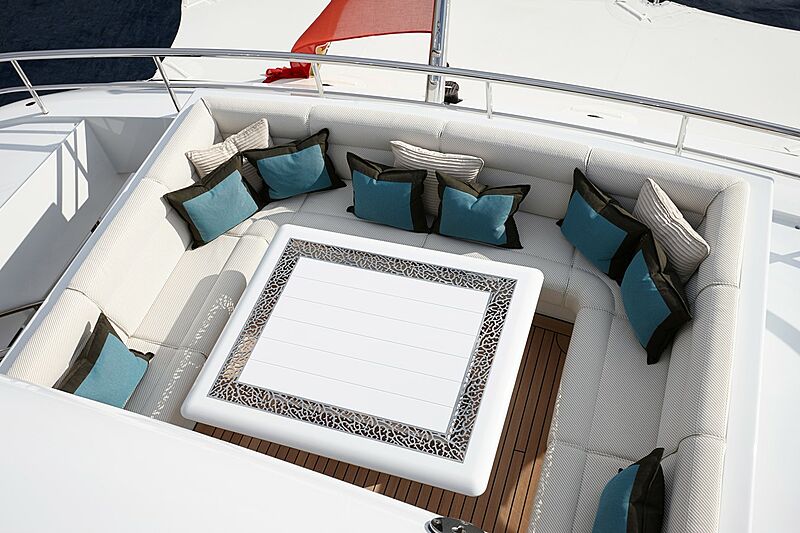 Amongst her stand out features are her expansive aft deck areas and ample loose seating on both the main and bridge decks. On the latter, the stairs have been moved as far to starboard as possible in order to maximise space. 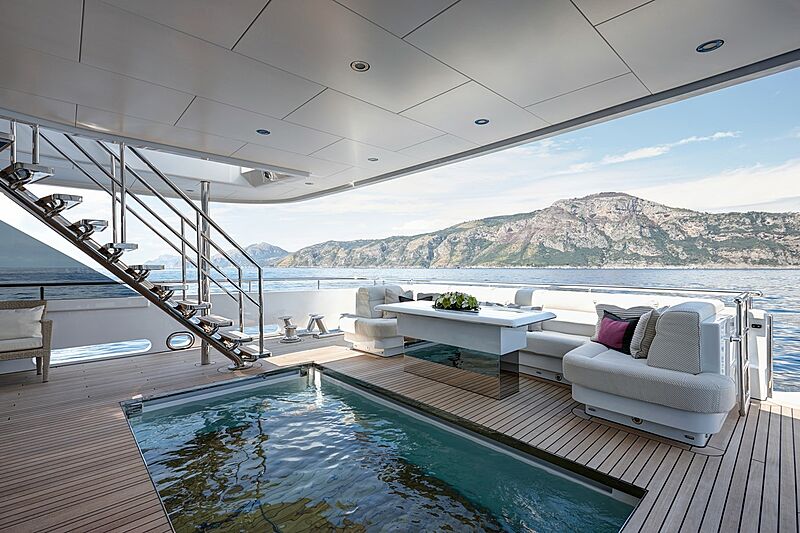 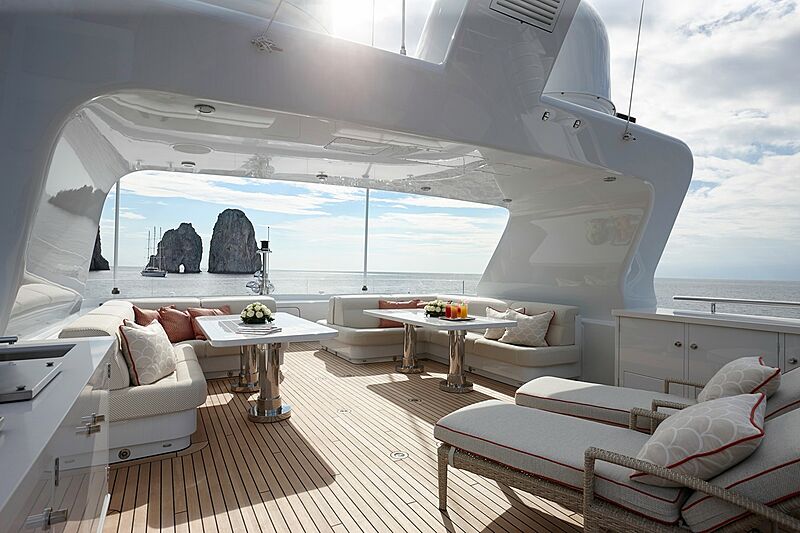 Moon Sand has accommodation for as many as eight guests, between four large staterooms, including an owner’s stateroom, situated on the main deck, which includes a study and en suite. 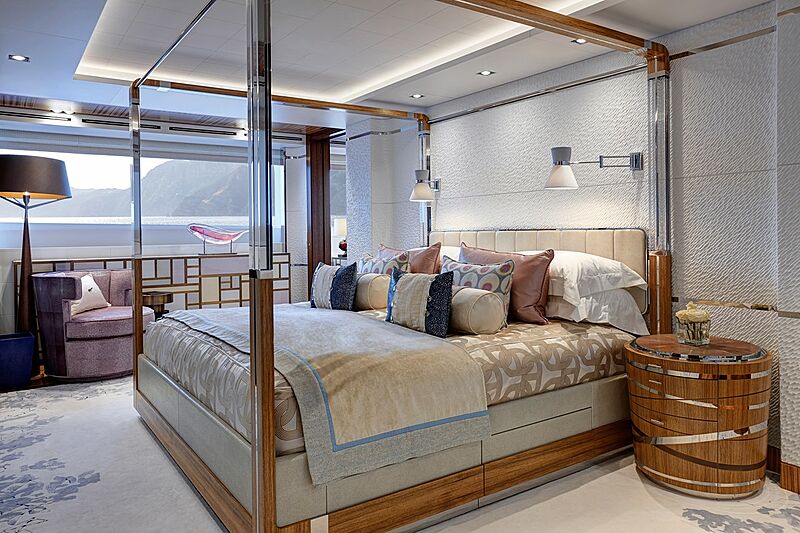 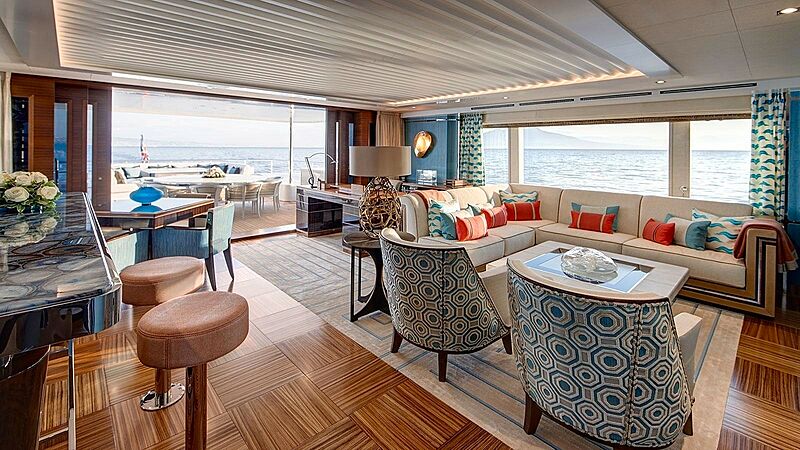 Her interior is lit by large windows throughout, and magnified on the main deck by the use of a large section of clear glass inset into the bulwark amidships. 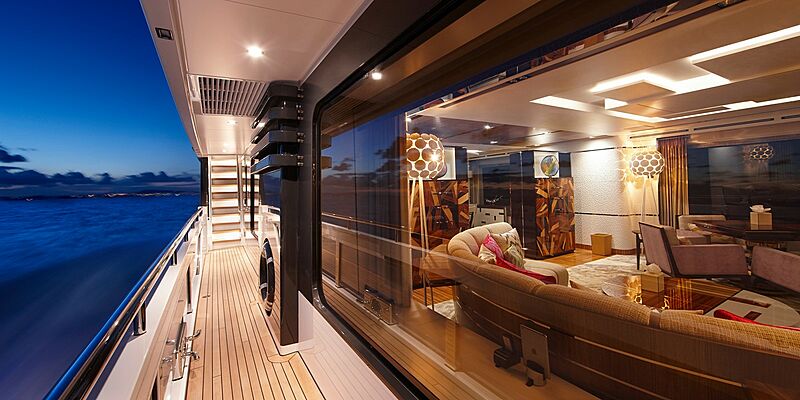 The 6.2 metre tender is stored within the tender garage, maximising space on deck and allowing for a large swimming pool on the main deck aft, which features an ingenious lifting floor system whereby a section of the deck lowers down to increase the depth of the pool. 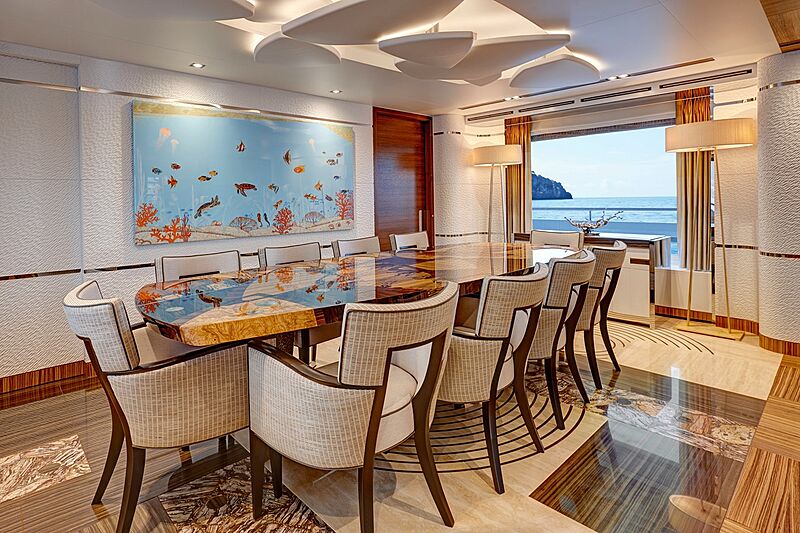 Eight crew are also accommodated aboard Moon Sand. She cruises at 12 knots and reaches a top speed of 15 knots. She had a last known asking price of €26,950,000. 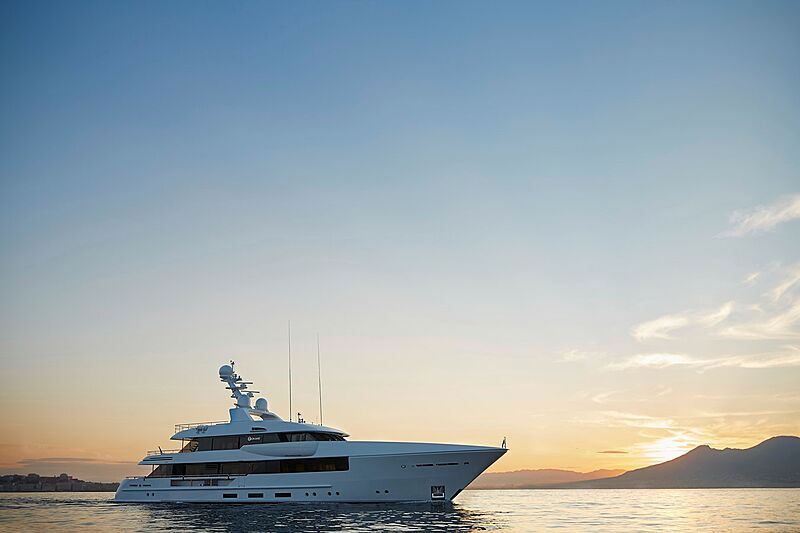 95m Feadship superyacht Bliss in transport ahead of sea trials