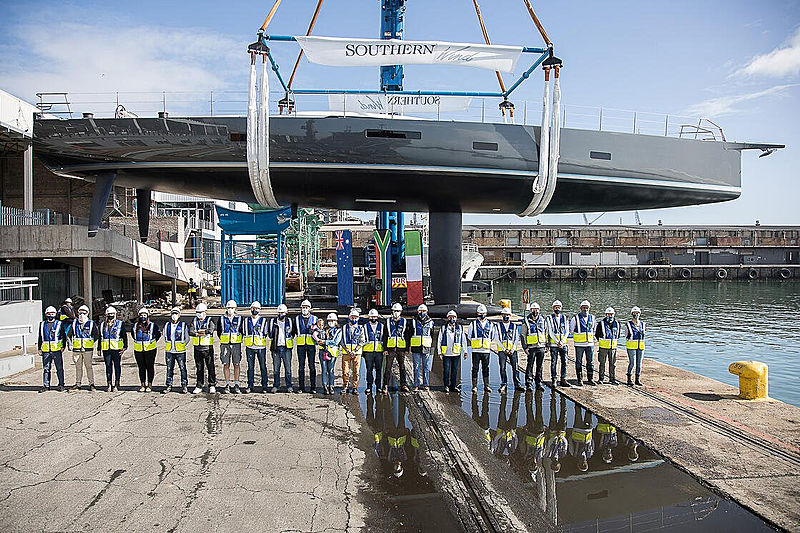 The carbon fibre sailing yacht Ammonite features an exterior design by Farr Yacht Design and deck and interior designs by Nauta Design. Detailings and electrical systems were carried out in-house by the Southern Wind shipyard. Unlike the first two units from the SW96 miniseries, Ammonite has a tender garage that is able to accommodate a 3.95-metre tender and two side lazarettes. 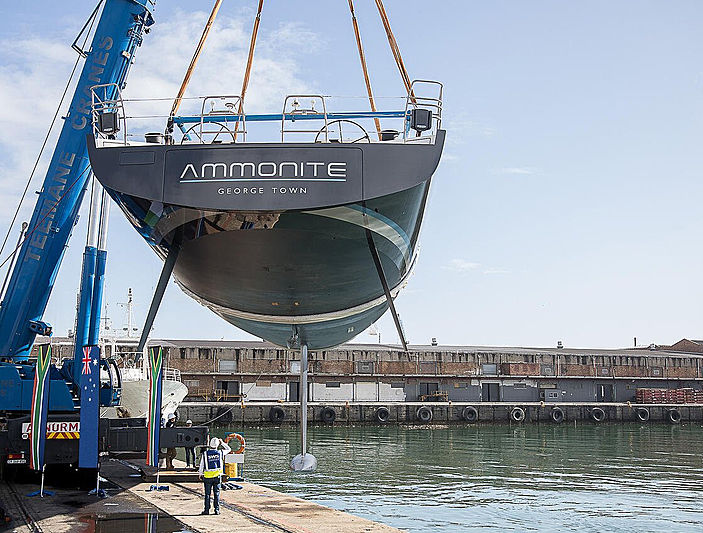 The vessel is scheduled to be delivered towards the end of September when Ammonite will set sail for New Zealand to defend her title at the Millenium Cup. Future cruising plans then include visiting southeast Asia or heading to Alaska while competing in the 2022 Transpacific Race. 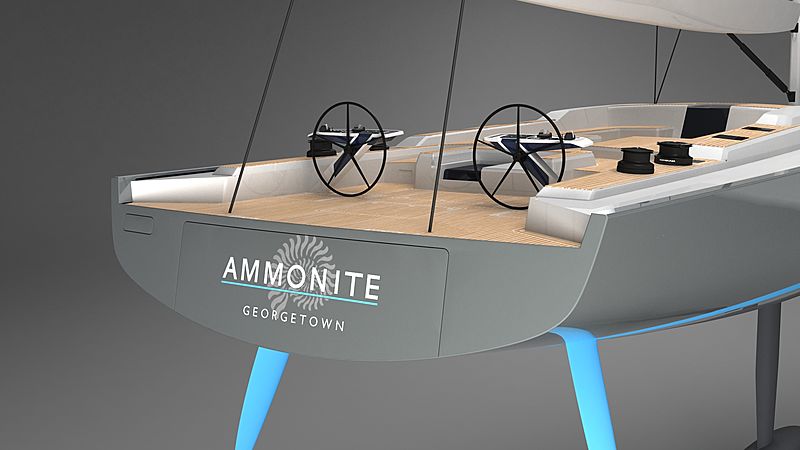 Ammonite features a three-stateroom layout, including a large owner’s suite and a portside forward twin guest cabin, which can alternatively be converted into a double bunk cabin. Crew members are accommodated for in a large captain’s cabin with double bunk beds portside and a Pullman bunk crew cabin starboard. 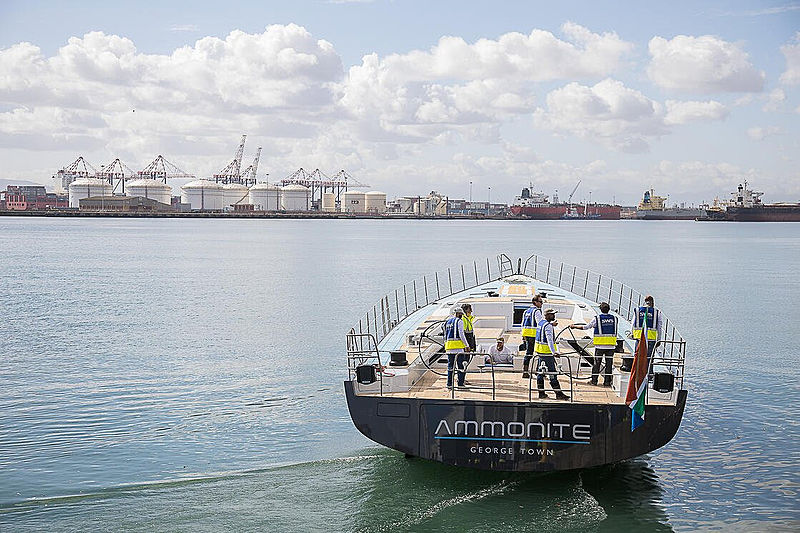 “This launch has a special flavour because SW96 Ammonite was built in the full respect of the South African government’s Covid-19 restrictions,” says Southern Wind. “Ammonite’s successful launch is a tribute to all the people at Southern Wind who have continued to work with passion, commitment and diligence while respecting the safety protocols and added restrictions required by the pandemic.”