The Italian yacht builder Codecasa has a lengthy history, tracing its roots all the way back to 1825, when it was founded in Viareggio by Giovanni Battista Codecasa. In the beginning, the yard built sailing boats, while it later moved into the construction of workboats. In the early 1970s, the yard started building yachts. As of today, the yard is still owned and managed by the Codecasa family. The company has several production locations in Viareggio, in addition to a hull construction facility near Pisa airport.

Today, Codecasa specialises in the construction of large steel-hulled motor yachts over 40 metres length up to about 65 metres, although the yard has the capability to build larger yachts than that. In the past, the company has also built a number of aluminium-hulled motor yachts, including the fast “S” models, six of which were built between 2004 and 2013. To date, Codecasa has delivered 55 motor yachts and one motor sailer over 30 metres. These yachts have a combined total length of 2,496 metres, an average length of 44.6 metres and an average volume of 491 gross tonnes (GT). 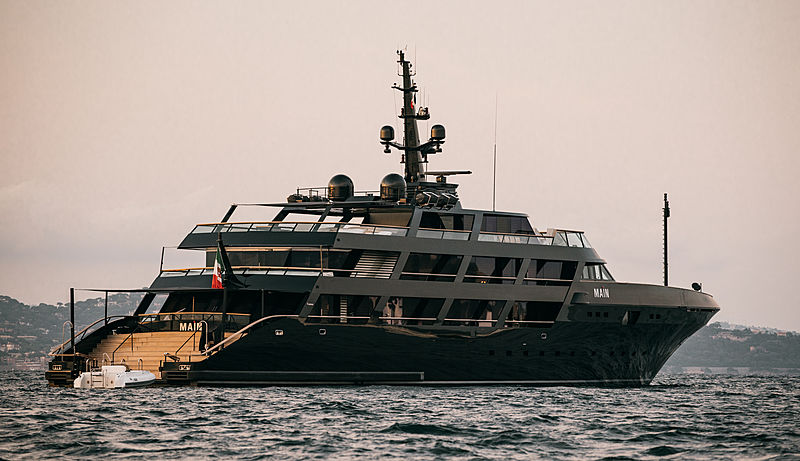 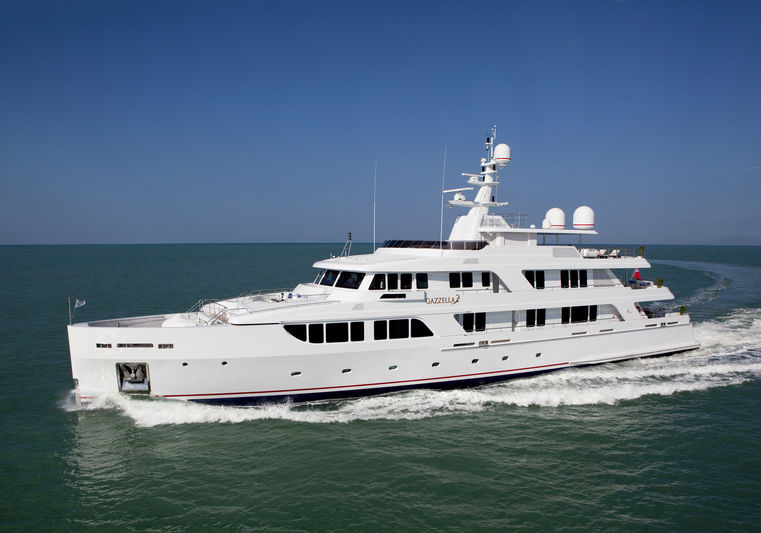 Comparison with other yacht builders

How do used Codecasa yachts for sale compare with similar used yachts for sale from a selection of other well-known yards also building Steel or Aluminium-hulled motor yachts with a length of between 30 and 65 metres built from 2000 onwards?

The average asking price per GT for steel or aluminium built motor yachts for sale between 30 and 65 metres is €30,000 per GT. 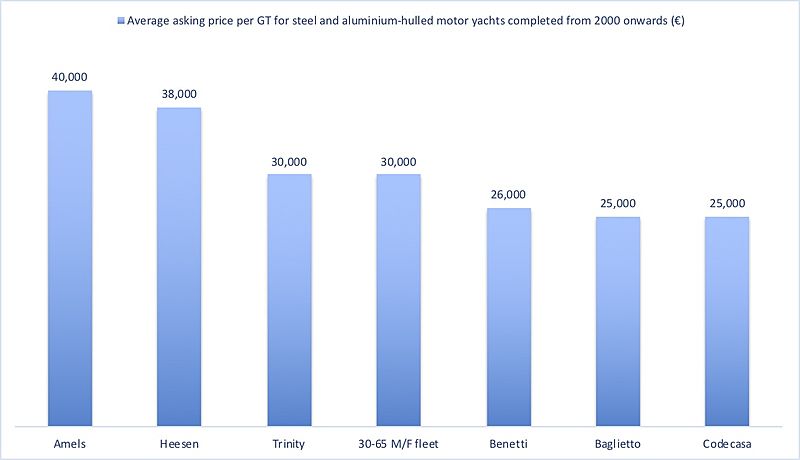 New yachts for sale on the market per year

In the last two and a half years, up to four used 30-metre-plus yachts built by Codecasa came on the market per quarter for a total of 13 yachts put on the market during that period of time. The second and third quarter of 2018 saw the highest number of used Codecasa yachts coming on the market with three and four units respectively.

Photo: SuperYacht TimesThe most recent Codecasa yacht to be listed was the 65-metre Double Down, which came on the market in early June 2019. 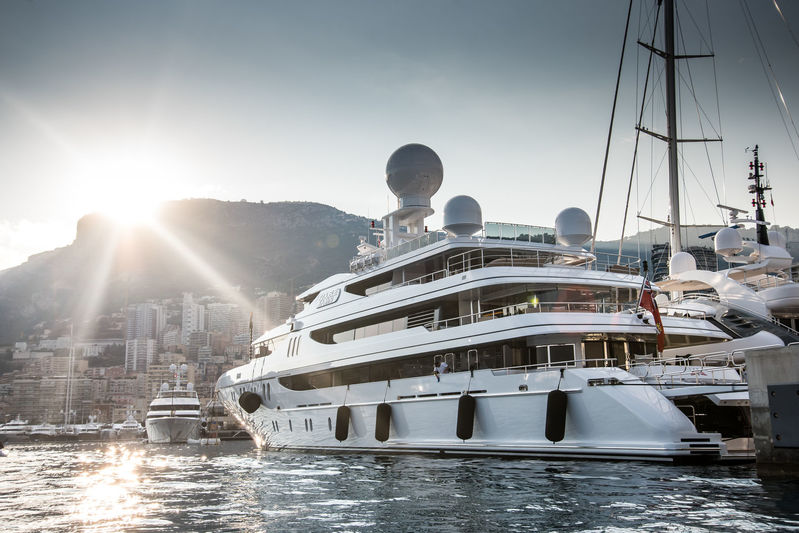 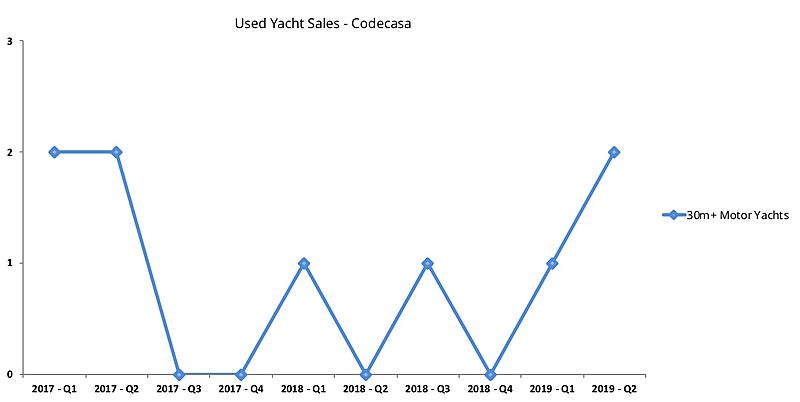 Photo: SuperYacht TimesIf we look at the used Codecasa yachts sold in the last 2.5 years, they were on the market for an average of 650 days. For the total used motor yacht fleet with steel or aluminium hulls sold in this time period in the size range of 30-65 metres, this average stood at 764 days.

The nine Codecasa yachts sold in the last 2.5 years represented a total value of €100 million in final asking prices. Their average last asking price was €11.1 million per yacht or €16,800 per GT. The latest Codecasa yacht to have been sold is the 36-metre Mesufish Patrol IV in early June 2019, while Double Down was the highest priced Codecasa yacht, sold in September 2018 asking $44.5 million. 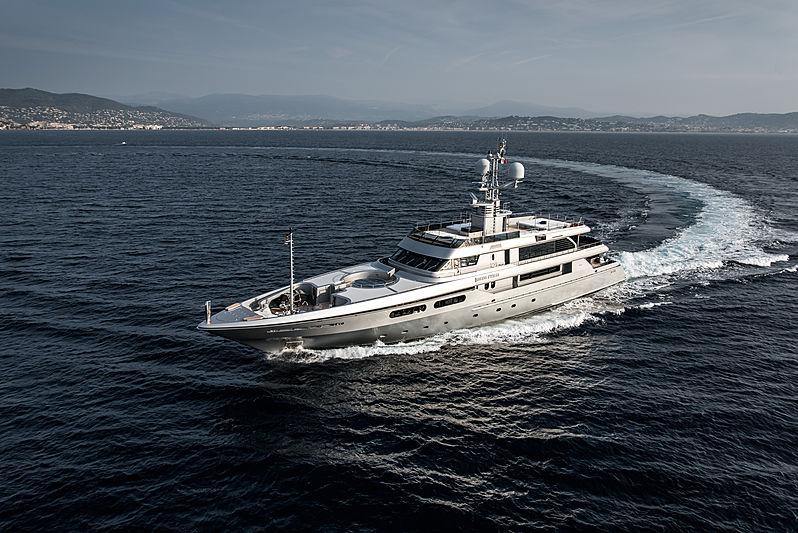