Although the superyacht industry is relatively small in comparison to other sectors, it is filled with international professionals and experts from a range of markets. Many of us in the industry are able to identify most of the largest and most iconic yachts, but how well do you know the owners of these boats? In this feature we speak with some of the most experienced owners in the industry, taking a peek inside their lives and yachts.

Sabina Nasser's love for yachts started at an early age, as she often spent summers on chartered yachts with her Brazilian family. When she was 17 years old, her family purchased their first yacht, a Ferretti 43’ Flybridge. Since then her family have owned several boats together. In 2013 they acquired BINA and after an extensive refit turned her into their ideal yacht, which they have enjoyed cruising on for a number of seasons. 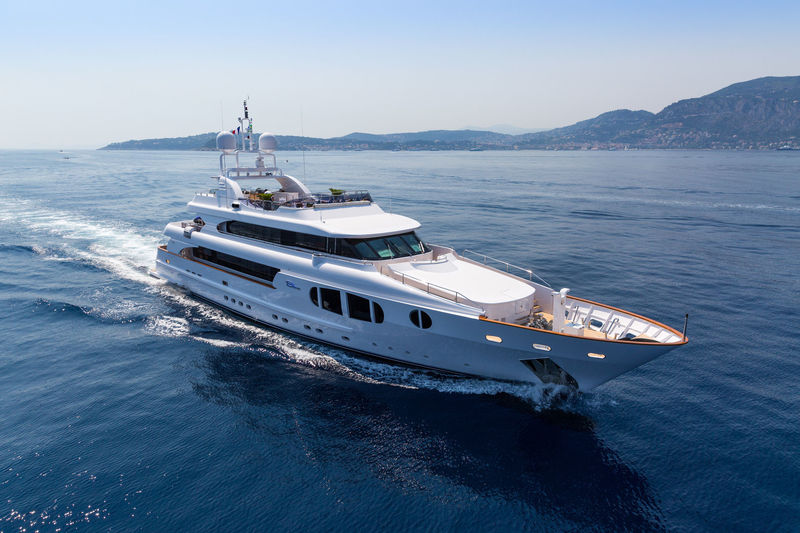 Photo: Jeff BrownWhat is your most memorable moment onboard BINA?
One that comes to mind was this past June when we managed to pull off a surprise birthday party for my brother. It was a week-long celebration with a theme night; 15 friends came from all over the world to celebrate his birthday with us! It took a couple of months to plan, but he was extremely surprised in the end. 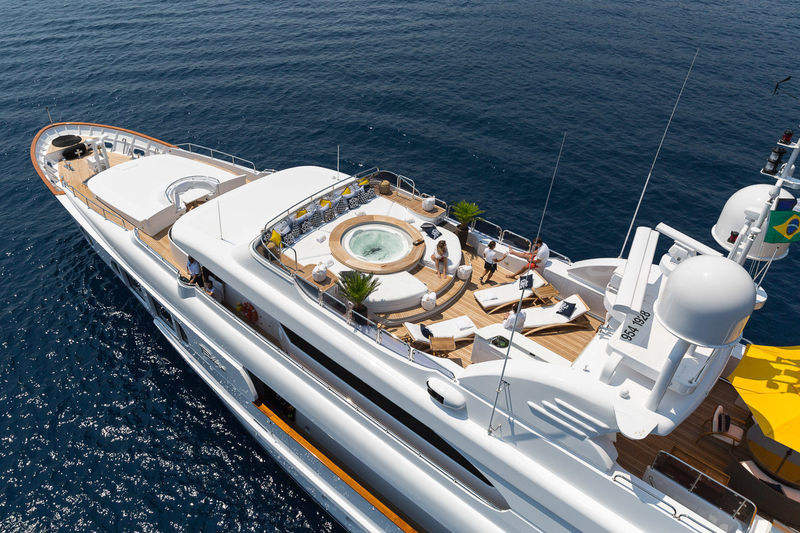 Photo: Jeff BrownWhat are your plans for the winter season aboard BINA?
They are uncertain for now. We do not think we are going to be taking BINA to the Caribbean this year – it’s not a long enough season for us. So BINA is actually going to be off for the winter. We are giving her a little break.

Cannes Yachting Festival or Monaco Yacht Show?
I think Cannes is more fun and Monaco is more glam, so I probably would go with Cannes.

What does the name BINA mean?
Actually, all the boats we have owned as a family have been named BINA. BINA is my family’s pet name for me which is a nice connection. 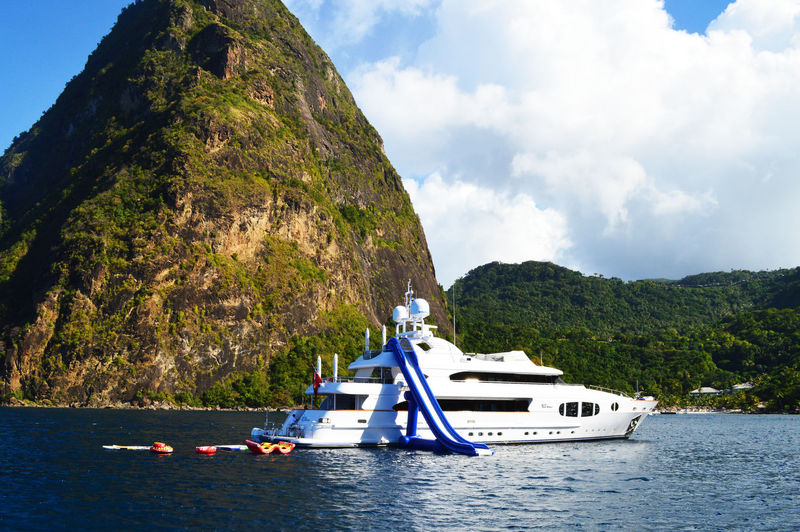 Photo: Nicolas SaugnacWhat is your stance on shared ownership based on the perspective that you own BINA together as a family? Would you recommend this type of ownership to others?
Yes and no. I think in our case we never really saw it as shared ownership - all the boats we have owned have always been family owned. However, when we bought BINA it was owned by a group of three friends and it was a sticky situation. Even during sail, there were one or two who wanted to sail more than the other and who used it more. It's always hard when you own a boat with a group of friends. As a family, we don't really care who uses the boat, or who uses it less.

Owning a boat is similar to running a business, even if you don't charter it, in terms of how it needs to be run - there are employees, there are costs, overhead, all sorts of things to keep in mind. So unless you are working with people you really trust, it may go south. There are companies that offer shared ownership programmes where the owners do not necessarily know each other. If it’s similar to the timeshare of a boat, then I think that model could work and make it accessible to more people. It is a very viable model but it needs to be done with care and professionalism.

Bill Duker, a lawyer-turned-software entrepreneur, is a serial yacht owner. He sold his Apogee penthouse in Miami Beach back in 2016 to travel around the globe on his custom 70m Perini Navi sailing yacht, Sybaris. Currently one of the largest sailing yachts in the global fleet, the idea behind Sybaris started many years ago following a discussion with his son West Duker before finally becoming a reality in May 2016. 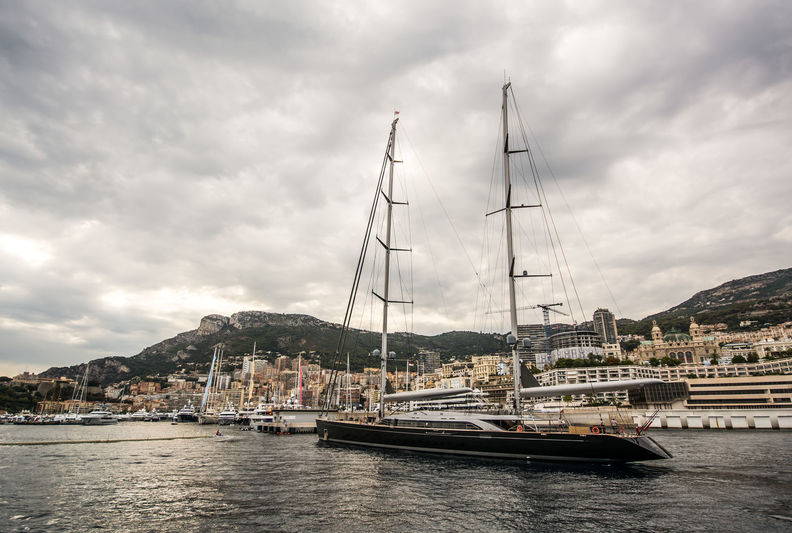 Photo: Tom van Oossanen / SuperYacht TimesWhat is your most memorable moment onboard Sybaris?
The most memorable moment for me onboard Sybaris was an event in December 2016, shortly after Sybaris was delivered in Miami Beach Florida, during Art Basel. Not only was I able to introduce the boat to a large group of friends, but I was also able to introduce its interior designers and art consultants to my guests. Both the designers and art consultants were able to talk about their significant role in the development of the project and express their pride in being part of the team that brought together an incredibly beautiful sailing yacht. 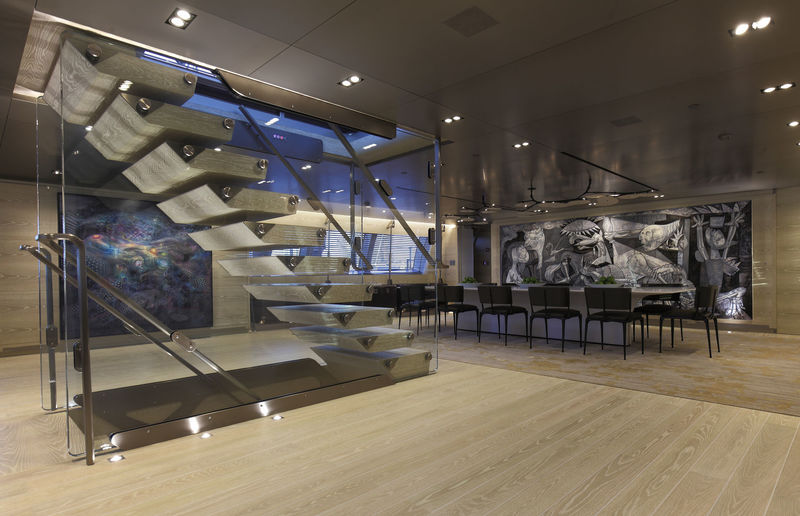 What are your plans for the winter season aboard Sybaris?
Sybaris will cross the Atlantic in mid-November to return to Miami for Art Basel. It will head to the British Virgin Islands for Christmas and New Years and then continue to the West Indies and Grenada before heading to the southern tip of South America and the Pacific.

Cannes Yacht Festival or Monaco Yacht show?
Sybaris was at the Monaco Yacht Show this year. I’m a member of the Monaco Yacht Club and the boat show is my favourite week in Monaco because Monaco is filled with friends, and during that week, there are events that I enjoy immensely. 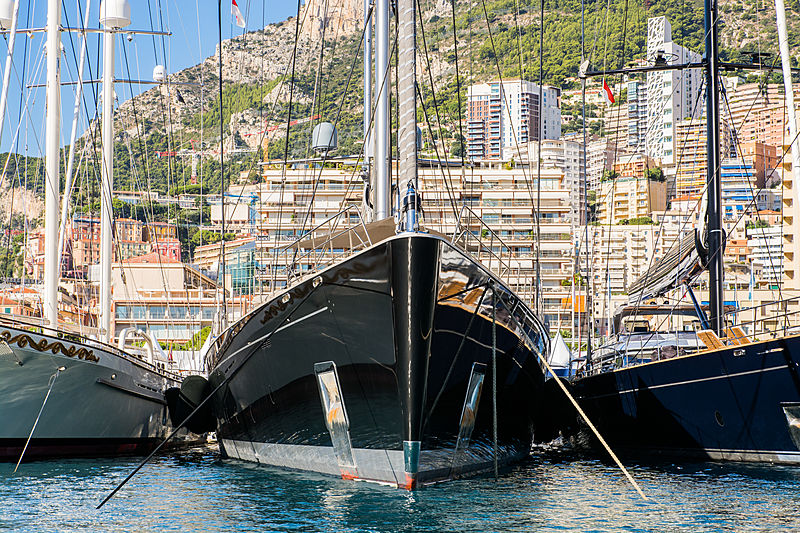 Photo: Julien Hubert / SuperYacht TimesWhat does the name Sybaris mean?
The sailing yacht Sybaris is named after an Ancient Greek civilization that settled in the heel of Italy in 500 BC. The Sybarites were known for their self-indulgent lifestyle. The word sybaritic in English means self-indulgent. Sybaris is, if nothing else, a self-indulgence.

You previously mentioned that the idea for Sybaris had been on your mind ever since and your son West sketched out the yacht of your dreams on your first boat. What is it about yachts that bring people together?
My son’s formative years were spent on Shanakee, and I like to say, that we were never more than 33.5-metres apart. To some extent, my son grew up in a bubble, but it was a bubble we made and one that protected him from some of the ugliest parts of the world. It built a strong family bond that continues 25 years later as we now work together in business, as well as in developing plans for the next sailing yacht. 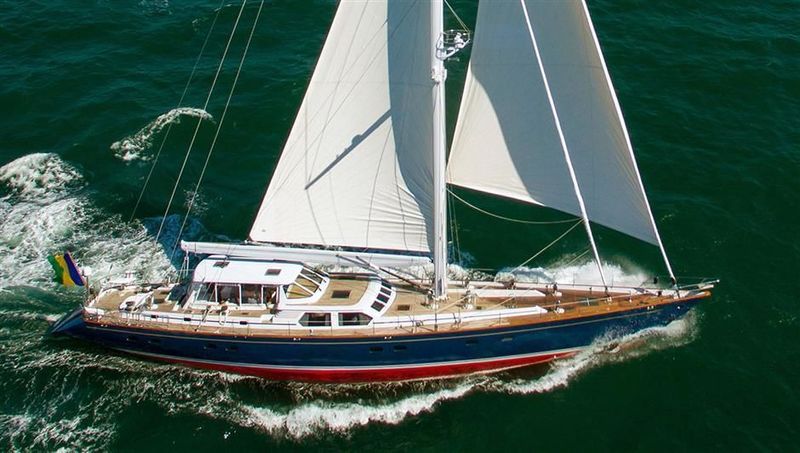 Photo: Worth Avenue Yachts Like me, his happiest days now are spent on the boat. Sometimes we are together, and sometimes we are with our own friends, but we are always connected.

Mary and Mark Shores grew up on the East Coast of the U.S, near the Chesapeake Bay. Being on and around the water has always a central part of their lifestyle. They purchased their first boat after they were wed in 1978, a 7.3m Rainbow Weekend and gradually moved up in size before purchasing their current yacht, the 33m sailing yacht Marae, to accommodate their growing family. 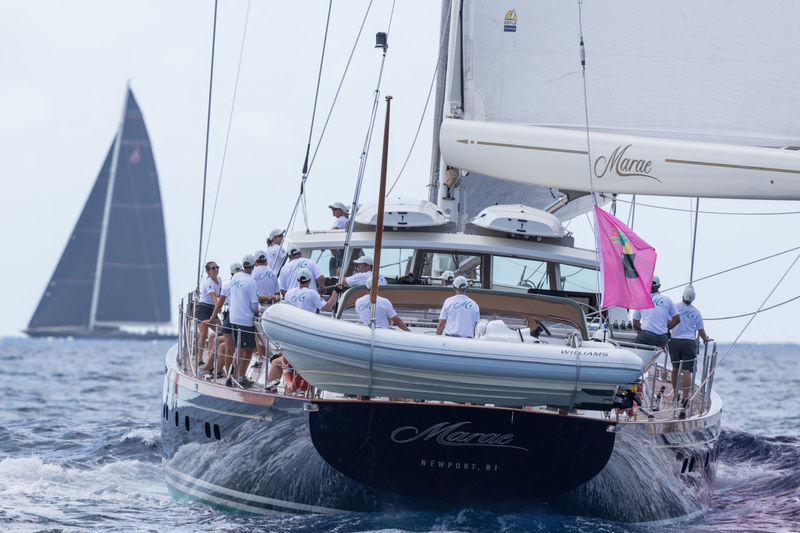 Photo: Jeff Brown / Breed MediaWhat is your most memorable moment on board Marae?
Doing the Bucket Regatta in St Bart’s this past year. We had a crew of friends and family that were all racing together as a team for the first time. It was very special to see how everyone worked together to have what is normally a relaxed, cruising boat function as a racing boat.

Pick one destination for summer sailing - the Greek Islands, the South of France or the Italian Riviera?
The one summer destination we would pick (which isn’t on the list) would be a body of water in Maine named the Eggemoggin Reach. Maine is a pristine area and it offers the perfect cruising ground to get away from it all. On a brilliant blue sunny summer day with perfect cool temperatures, with the perfect wind, flat water, it’s just perfect for sailing.

What are your plans for the winter season aboard Marae?
We are heading back to the Caribbean and look forward to visiting the Virgin Islands. We know they have been working hard to recover from the hurricane damage and we are anxious to catch up with old friends down there. We are looking forward to doing the Bucket Regatta in St Bart’s again. 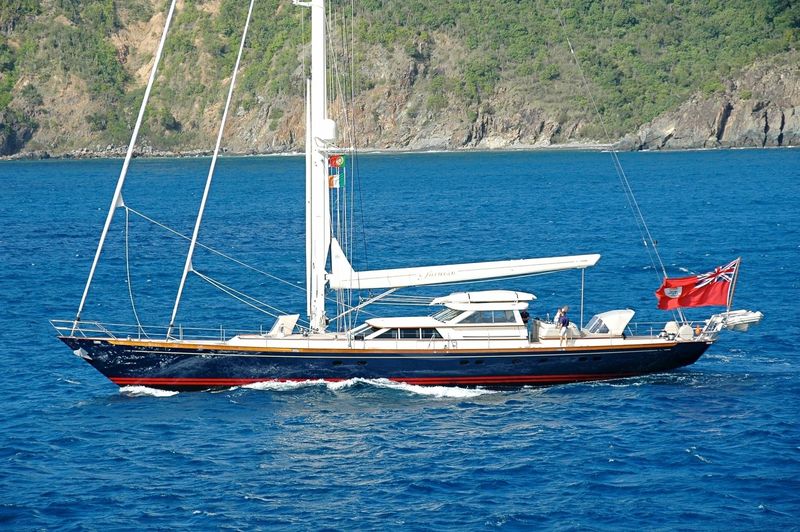 Photo: Benoit DonneCannes Yacht Festival or Monaco Yacht Show?
We haven’t done either, but both are priorities on our to-do list when we have more time. We are sure visiting them would be a great experience.

What does the name Marae mean?
Marae (pronounced Mar-eye) is of New Zealand origin. Our boat was built in New Zealand by Alloy Yachts, so we were thinking about that country when we named it. In New Zealand, a Marae is a special meeting place for family and friends in the community.  We think of our yacht as that type of place.

There is a lot of talk about different types of ownership going around at the moment, such as shared ownership - what are your thoughts on this?
We think it's great that innovation continues to pave the way for different types of ownership, to help make it more affordable or practical. The key is understanding the trade-offs linked to varying degrees of ownership. On one end of the spectrum, we have fractional ownership programmes, on the other a fully-owned private yacht and in the middle privately owned yachts that charter - it's all a matter of what owners want from the experience. But these variations all require different levels of financial commitment, benefits and flexibility.  We think it is key that there are successful ownership models in which customers can have a great experience with. A privately owned yacht that charters is somewhat similar, but the owner has a bit more control and flexibility next to a larger financial commitment. That is the model we use for Marae. Our goal is to have a regular group of repeat charter clients that value our experience.

Charter deal of the week: the 43m superyacht Bina

Exclusive: first photo of the 70m Sybaris on sea trials

Perini Navi's latest 70m superyacht Sybaris out of the shed